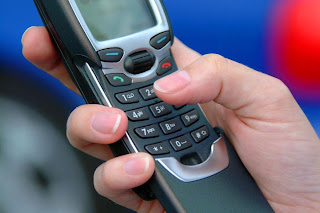 Here in Maryland, there’s been much ado about texting while driving. Although it was already banned for teenagers, there’s been a surprising amount of debate among legislators on whether to include adults in the ban.

Regardless, texting is just the latest activity (soon to be replaced by Twitter?) that has been tagged as a driving distraction along with cell phones, multiple passengers, changing music, and eating.

Until now, only teen drivers with graduated licenses were required to limit distractions after a series of highly publicized fatal crashes related to cell phone use and multiple passengers. It also made sense to target teens because being distracted by friends, entertainment, and other pastimes, instead of attending to the task at hand, is their normal state of being.

Removing obvious distractions will not be enough to ensure the safety of one group of teen drivers—those who have an attention-deficit disorder. Psychologist Russell Barkley, an internationally recognized ADHD expert, discusses some of his research findings in a CNN article “Teen drivers with ADD a problem on the road.”

His research, among other’s, demonstrates the beneficial effects of stimulant medication on the driving performance for those with ADHD. Barkley, R.A., & Cox, D. (2007). A review of driving risks and impairments associated with attention-deficit/hyperactivity disorder and the effects of stimulant medication on driving performance. Journal of Safety Research, 38, 113-128.
If you have a teenager who takes medication for ADHD, consider having it cover times when he or she is driving—after school, evenings, and weekends. Parents often prefer limiting stimulant medication use to the school-day because of side effects on appetite or sleep. Discuss your concerns with the prescribing physician. He or she can work with your teen to extend medication coverage while minimizing side effects. It may take changing medications, but it is worth the time and effort.

If you are not convinced, think about this. If your teenager needs medication to pay attention in school, wouldn’t you want him or her to have the same help to pay attention while on the road?

For more information and tips on helping your teen drive safely, see these articles from ADDitude Magazine "Driving with Distractions" and "Driving Contract." 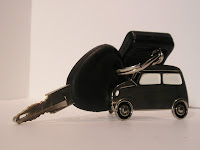 Because humor can help in communicating with ADD teens, the next time he or she asks for the car keys, along with your usual lecture of “Be careful, don’t speed, and no friends in the car,” try adding this warning:

"Remember, don’t operate heavy machinery or drive without taking your medication."
Email ThisBlogThis!Share to TwitterShare to FacebookShare to Pinterest