Ten Common Causes of Child Trauma Due to Violence

I started this post several weeks ago to answer the question "What are the most common causes of child trauma?" It was much harder than I expected. The task of reviewing statistics wasn't just comparing apples to oranges. It was, instead, like comparing the ingredients of a fruit salad. The statistics varied greatly, in part, due to differences in research design:
There are several ways to estimate how many children have experienced trauma. One way is to ask about a short period of time (incidence) rather than a person's entire childhood (prevalence). Some advantages of this approach is that it relies less on memory, and it is easier to compare different ages. Otherwise, when asked if an event has ever occurred, more teenagers are likely to report an experience than younger children simply because they've had more years for it to have happened.

A disadvantage is that the results do not reflect the full magnitude of a problem which is often better represented by an estimate of prevalence. For example, a familiar childhood statistic such as "one out of four girls experience sexual victimization before age 18" will be higher than the number of girls victimized in one year. Still, the advantages can outweigh the disadvantages when comparing rates across various traumatic experiences within different age groups, and a one-year snapshot of new cases can be more useful for current policy and service delivery.

My list is limited to child trauma caused by violence because there has been more research done for it than for other traumas (such as disaster or accidental injury). I selected a single study that included a wide range of violence-related victimizations by David Finkelhor and colleagues designed to address many of the issues listed above.


Their study included:Of the 34 different direct and indirect victimizations included in the study, I've selected the top ten I believe best fit the criteria needed to diagnose PTSD. I converted population rates (number per 1000) to percentages more familiar to most readers. I've also included the definition of each trauma used in the study. 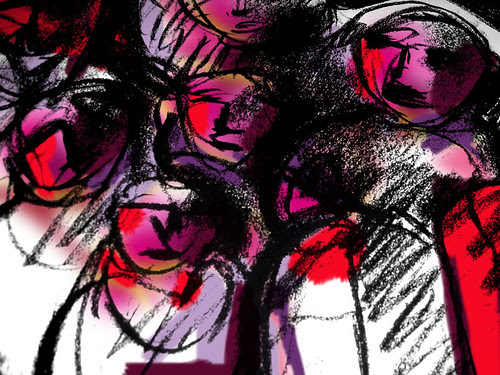 1. Bullying - 22% - A peer picked on child (for example, by chasing, grabbing hair or clothes, or making child do something he or she did not want to do).

2. Assault with injury - 10% - Someone hit or attacked child, and child was physically hurt when this happened. (Hurt means child felt pain the next day, or had a bruise, a cut that bled, or a broken bone.) No weapon was used.

3. Assault with a weapon - 8% - Someone hit or attacked child on purpose with something that would hurt (like a stick, rock, gun, knife or other thing).

4. Exposure to shooting, bombs, riots - 6%
Child was in a place (in real life) where child could see or hear random shootings, terror bombings, or riots.

6. Robbery by nonsibling- 4% - A nonsibling (peer or adult) used force to take something away from child that child was carrying or wearing.

7. Physical abuse by caregiver - 4%
An adult in child's life hit, beat, kicked, or physically abused child in any way.

8. Witness domestic violence - 4% - Child saw one parent get hit (for example, slapped, hit, punched, or beat up) by another parent, or parent's boyfriend or girlfriend.

9. Sexual assault - 3% - Someone touched child's private parts when unwanted, make child touch their private parts, or forced child to have sex. Or attempted any of these acts.

10. Murder of someone close - 3% - Someone close to child (for example, family member, friend, or neighbor) was murdered.

There are some surprises here. Bullying was the most common. Significant numbers of children in the United States have been exposed to shootings, bombs, or riots. Many children have had someone close to them murdered though perhaps this shouldn't be surprising given the U.S.'s high murder rate.

In this article, I've focused on the number of children in the United States who experience trauma related to violence. In future articles, I will address other forms of child trauma such as disaster or serious accidents. I will also, from time to time, provide an in-depth look at items in the list including what is known about rates of PTSD and other negative consequences.
--
This post was featured in Doc Gurley » Grand Rounds, Vol. 5, No. 44: Mystery!
Email ThisBlogThis!Share to TwitterShare to FacebookShare to Pinterest