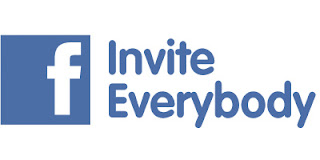 All the fuss raised the past month over changes in Facebook's privacy policy is a reminder for parents to discuss online privacy with their teenagers. Although most teens have the computer skills to manage their Facebook accounts, they still need guidance from parents. Teenagers aren't capable of thinking through the consequences of personal disclosures on their own. Psychological research has shown that the portion of their brains that includes judgement and foresight doesn't fully mature until they are in their early to mid-twenties.

Let's briefly review the Facebook kerfuffle. Facebook introduced the new privacy policy as an improvement to users' experience, but it appears that the main purpose was to profit from making personal information more readily available to advertisers. As a result, most of what users had assumed was private information was suddenly made public without seeking their permission. As the New York Times described it in Price of Facebook Privacy? Start Clicking.


Facebook has revised its privacy policy to require users to opt out if they wish to keep information private, making most of that information public by default. Some personal data is now being shared with third-party Web sites. . .Facebook users who hope to make their personal information private should be prepared to spend a lot of time pressing a lot of buttons. To opt out of full disclosure of most information, it is necessary to click through more than 50 privacy buttons, which then require choosing among a total of more than 170 options.

In response to widespread criticism over the lack of transparency and difficulty of changing privacy settings, Facebook has simplified the process. Although improved, it still requires the user to reset numerous default settings from public to private.

It appears to many observers that Facebook's long-term goal is for users to openly share more and more of their personal information with the world. Even though Facebook currently protects the privacy of minors to a greater extent than for adults, it's a good idea to periodically review the privacy settings your teenager has selected for friends, friends-of-friends and everyone else on Facebook. And while you're at it, you'll want to update your own Facebook settings. Here are some resources from the tech world to guide you through the process:

CAREFUL: Facebook's New Settings Publish Your Interests, Even If They're Private

How to Return Facebook's Privacy Settings to What You Signed Up For
Email ThisBlogThis!Share to TwitterShare to FacebookShare to Pinterest