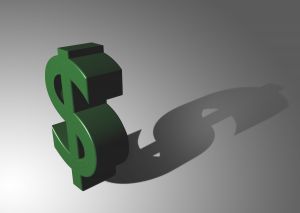 A recent study in Social Science and Medicine demonstrates for the first time that childhood psychological problems have long-lasting effects on adult income. Because the study compares siblings with and without psychological conditions, the authors were able to control for the effects of childhood family background and neighborhood on adult income. They also controlled for the effects of physical illness on mental health problems.

Researchers from the Rand Corporation analyzed data from the U.S. Panel Study of Income Dynamics which has followed 5000 families, and 35,000 individuals within those families, for over 40 years. It is considered the premier panel survey measuring key dimensions of adult socioeconomic status outcomes. The authors used various criteria to select 2,457 individuals between the ages of 25 and 53 to include in their study (see the original article for details). Participants were asked whether they experienced depression, substance or alcohol abuse, or other psychological conditions before age 17. Overall, 6% reported having one or more psychological problems as children: depression (4%), substance or alcohol abuse (2%), or other psychological conditions (2%). The prevalences found for these conditions are similar to those found in other retrospective studies.

Compared to their siblings, adults with childhood psychological problems on average:
Limitations
Implications

The lead author, economist James P. Smith, emphasizes the cost-effectiveness of early treatment. In an interview, he stated:


This study shows childhood psychological disorders can cause significant long-lasting harm and can have far-reaching impact on individuals over their lifetimes. Our findings illustrate what the enormous potential might be of identifying and treating these problems early in life.

I believe this study provides yet another reason to increase access to mental health services for children. We can now add lower income to the problems experienced by those struggling with mental illness. Not only does less income affect living circumstances, it also affects adults' ability to afford treatment for mental illness. It is much more effective and humane to treat mental illness early to prevent negative lifelong consequences.